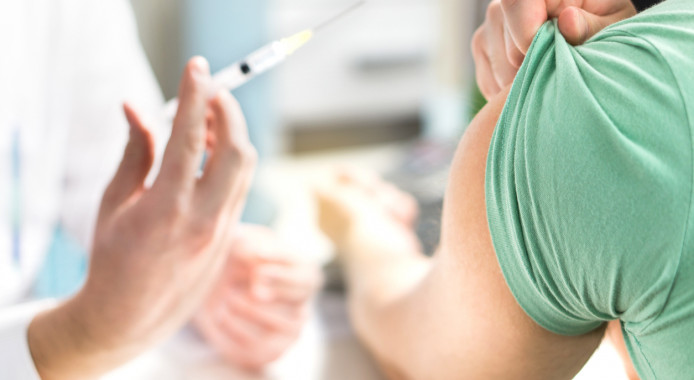 Injecting a drug called cabotegravir every eight weeks helps prevent infection with the AIDS virus and is even more effective than daily PrEP tablets, according to the National Institutes of Health (NIH).

The NIH has released the preliminary results of large-scale clinical trials 3 years ago related to sexual behavior in seven countries, including the United States, Brazil, Thailand and South Africa of men and women. transgender women under 30. These are the people most at risk of HIV infection. Currently, the only approved preventive medication is the PrEP tablet from the American brands Truvada and Descovy, used to prevent pre-exposure. According to data from the United States Centers for Disease Control (CDC), people without HIV need to take it every day and the risk of infection from unprotected sex is reduced by 99%. However, the request for daily intake being considered as a possible obstacle, a less restrictive method was therefore studied.

The results released Monday are based on surveillance of more than 4,500 people. Half of the patients received injections of cabotegravir (using placebo PrEP tablets) every two months, and the other half received placebo injections (and real PrEP pills). Therefore, all participants were treated with one method or another. During this period, 50 participants were infected with HIV, but the distribution was uneven: 12 in the cabotegravir group and 38 in the Truvada group. Gilead Laboratories has declared that this injection efficiency is 69% higher than that of Truvada. Faced with these very positive results, the person responsible for the clinical trial ended the blind advance so that all participants could benefit from the most effective method (injection).

"We are very satisfied with the results, not only because of the high efficacy of cabotegravir, but also because we have demonstrated high efficacy in a study that adequately represents the populations most disproportionately affected by HIV: MSM (men having sex with black men in the United States, young MSM around the world, transgender women, "said Kimberly Smith, director of research and development at ViiV Healthcare (GSK Group).